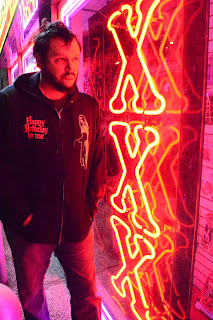 Today I´m speakling with Ryan Nicholson who is giving Independent Flicks an exclusive interview. He´s the creative mind behind extremely graphic and sleazy movies such as Gutterballs (2008) and Hanger (2009) which often are pushing the boundries of good taste.. His background as a special makeup effects artist is quite evident as the movies ain´t shy of showcasing gore and nudity.


JL: How did you get into film making?
RN: It started back in the early 90's with short films and playing around with the camera. Shooting gore fx. Little gory set pieces. That led me to focus more on creating fx for quite sometime. I got the filmmaking bug again in and around 2000. I wrote "Torched" which became an internet success. This led to the features.


JL: What are some of your favorite films?
RN: Fulci of course. Anything he did. Obsessed with his stuff to say the least. Early Wes Craven stuff like "Hills Have Eyes" and "Last House on the Left". Cronenberg films, Scorsese and De Palma. I love all the classics.


JL: Who are some of your influences?
RN: David Cronenberg for sure. His work is simply masterful. Abel Ferrera, HG Lewis, Joe D'Amato, Jim Van Bebber. There's so many filmmakers I look up to and admire. I also am influenced by the fiction work of authors Jack Ketchum and Michael Slade. FX legends like Stan Winston and Rob Bottin also inspire me.


JL: Which films and what inspired you in the creation of FAMINE?
RN: Famine was a high school slasher inspired flick with heavy doses of "Slaughter High" and "Breakfast Club", "Massacre at Central High" was a huge inspiration. I love that movie! But the biggest inspiration was my Son and his friend, who both came up with the idea for "Famine". It was them that got me thinking, that would make a cool movie!


JL: What kind of reception has FAMINE been getting?
RN: Mediocre reception thus far. It's very clean compared to my early work. There's some great gore FX courtesy of Michelle Grady. And some great cinematography by Matt Leaf. I think it's a funny little movie. Light on the nudity. But we can talk about that later.


JL: What kind of budget were you working with on FAMINE?
RN: Famine probably cost about 40 K of hard cash and the rest in favours. It wasn't my money, it was the co-producers. So when people say it was 250 K, they mean it's got like 210 to 220 K worth of favours and donations 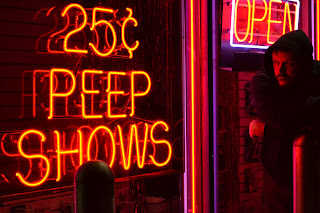 JL: Which films and what inspired you in the creation of BIG F****NG MONSTER?
RN: "Night of the Demon" and "Rawhead Rex" of course! And funny out in the woods slashers like "Savage Weekend" and "Just Before Dawn". It's a pretty funny movie. A big fucking monster stomping around killing teens. He actually stomps one girls' head flat!


JL: What kind of budget were you working with on BIG F****NG MONSTER?
RN: Same as "Famine". Same co-producers, same crew. Same bullshit.


JL: How did you raise the funds?
RN: The co-producers raise the funds from the students starring in the movies. It's essentially a student film, with student actors but with a pro crew, or nearly pro crew. The students pay a tuition to go the college and part of that goes into the budget. If they don't get a lead role, holy shit, the bitching and complaining never ends. So that's why movies like "Famine", "BFM", "Star Vehicle" and "Cannibal Lipstick" all have a ton of cast. They are all students that paid to be in school and they ALL have to have a part. It kind of sucks man. You get stuck with some good actors and some really bad ones, and you need to shoot them regardless. People give me shit for all those movies but it wasn't my fault, well, at least not all my fault lol.


JL: How did the shooting go for FAMINE and BIG F****NG MONSTER?
RN: I had fun with the cast and crew but they were very hard shoots. We had a schedule we had to live by no matter what and being a glorified student film, I had to put up with bullshit that wouldn't fly on a real movie. The shooting went pretty smooth for the most part although on "Famine", the lead actress fell over and broke her arm, causing a delay for a week and then having to shoot around her cast when she got back. That sucked. "BFM" also had issue with shooting out in the forest in the Summer. We had a very short window in the daytime to shoot with the sun moving all over, the shadows would fuck us. Also, we had no lights because the generator was either too far away to run cables to or no one wanted to haul the heavy fucker into the woods. "Famine" could have been so much better if the actresses would have gone topless at least. For my fans anyways. They wouldn't do it. I think they felt that I was this porn director and they weren't respecting me. At least that's how I felt.


JL: How was it working on FAMINE and BIG F****NG MONSTER?
RN: It was micro-budgeted indie horror filmmaking at it's most creative. The actor had a hard time wearing the monster costume for "BFM" and I don't blame him. It was hot as fuck in the middle of Summer. He was 7 ft. tall for real. A big guy, he didn't complain though. He was a trooper but I could tell he was dying in that thing. I basically made it easy for the head to come on and off. It was basically a form fitting mask. It doesn't have much expression other than what was sculpted into it, so I will be showing it in dark situations lol. The cast and crew were really cool on both films though.


JL: How different are the final versions from earlier drafts?
RN: The scripts had far more gore and nudity. I wish I could have shot them as scripted but I made sacrifices just to get the damn things done


JL: What lessons did you learn while making respective film?
RN: Do not do co-productions unless you have total artistic control or you're gonna get your artistic vision fucked over


JL: Were there any scenes that didn´t make it to the final films?
RN: Everything that we shot is pretty much in both. If I could go and shoot more gore and sex, I would, but I don't have sole ownership of those. I kind of want to just move on from them and onto my own sleaze.


JL: Is there any dates for the region 1 DVD releases of FAMINE and BIG F****NG MONSTER?
RN: Not at this time. "Famine" can be ordered on dvd and blu-ray through diabolikdvd.com but "BFM" is still in post production. 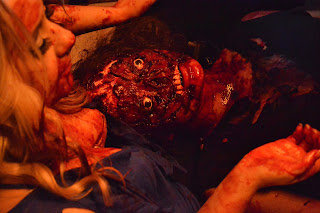 JL: You´ve started releasing special editions of some of your flicks through Plotdigger Films, you´ve released GUTTERBALLS  PIN-ETRATION EDITION and the HANGER THE COLOSTOMY EDITION is coming soon.  I know that the GUTTERBALLS  PIN-ETRATION EDITION quickly went OOP and are now going for quite large amounts of money on ebay. What other special editions are you planning?
RN: There's the "Live Feed CAT III DVD" in a chinese take out box with a severed dicky roll! It has some hardcore stuff in it now like my other limited editions. There's also "Gutterballs", "Hanger" and "Torched" VHS tapes coming out via Uneasy Archive and a "Live Feed CAT III" VHS coming out via Massacre Video.


JL: I understand that you´ve had bad experiences with distributors, bootleggers and piracy especially with FAMINE. Could you tell us more about it and what your opinion piracy/downloading?
RN: The biggest thing that sucks about piracy is that it hurts your chances at a good distribution deal. If a distributor cannot have a window to be the only place to get your film, then you're fucked. Your film is worthless. This is why piracy hurts the little guy. If you cannot make a few thousand back on your movie, how the fuck are you going to make another movie?? Pirates don't really care though, they download the movie free then rip it to shreds in forums. All too typical. Thankfully for me, I have a pretty big fanbase that buys from me and likes to collect the Plotdigger stuff in the flesh. These are the coolest people alive! 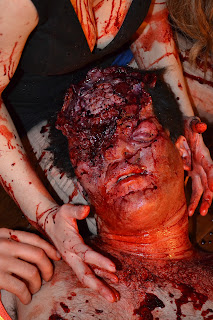 JL: Besides CANNIBAL LIPSTICK which is currently in the works I know that you´re soon too start shooting GUTTERBALLS 2. BALLS DEEP?. What can you tell me about them?
RN: I wrote and directed 9 out of 14 days on "Cannibal Lipstick" before quitting the movie. I walked away. I left. I decided to cut my losses before my entire reputation was risked by being ruined for making movies that my fans have a hard time swallowing. Thankfully, I have my own movies on the go. "Gutterballs 2", "Dead Nude Girls" and my anthology "Three on a Meathook", which goes back to my Plotdigger style and back to the cool shit!! Instead of just "shit". 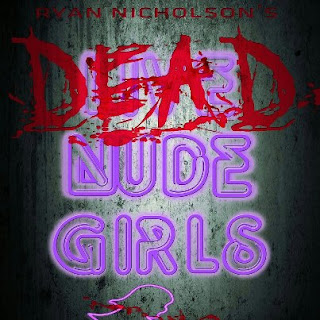 JL: DEAD NUDE GIRLS is due to be released soon on Blu-ray and DVD, can you tell me me more about this flick? I haven´t heard any of it…
RN: Nude girls die horrible deaths. That's all I will say :)


JL: What advice can you give someone looking to get into the industry?
RN: Just start writing and shooting. Anything. Develop a style and stick to it. It all works out in the end.


I´d like to thank Ryan Nicholson for giving me this exclusive interview and providing never before published photos from his private collection and from CANNIBAL LIPSTICK.