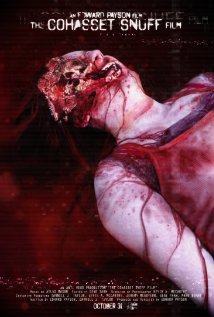 In 2009, the small town of Cohasset, Massachusetts was rocked with tragedy. A 17-year-old high school senior named Collin Mason murdered three classmates. All the murders were videotaped. Collin uploaded the video to the Internet, and for three days, the world viewed the murders of these three innocent teens. Through legal action, the parents of the victims were able to remove all footage from the Internet. The impact of this video is still being felt in Cohasset today. Bootleg copies of this footage are still passed around and downloaded through illegal means. The video has become infamous, and is now referred to as The Cohasset Snuff Film. The Cohasset Snuff Film is written by Darnell J. Taylor and Edward Payson who also is the director. Edward Payson took some time of to answer a few questions from Independent Flicks.

JL: How did you get into film making?
EP: I started with a video camera as a child. I made videos of my action figures and made minor animations. I then went to film school after high school and the rest is history.

JL: What are some of your favorite films?
EP: My favorite film is Oldboy the Park-Chan Wook Thriller which is suspenseful and chilling to the bone. I also am a huge George A. Romero fan. I remember as a child Night of the Living Dead was what really got me into horror.

JL: Who are some of your influences?
EP: George A. Romero is a huge influence. His films are always awesome and full of social commentary.

JL: Which films inspired you in the creation of The Cohasset Snuff Film?
EP: I love films about Snuff Films. 8mm was a big influence and is one of my top ten favorite movies.

JL: What kind of budget were you working with on The Cohasset Snuff Film?
EP: We were under $100,000 dollars.

JL: How did you raise the funds?
EP: Most of it was out of pocket and through fund raising sites.

JL: How did the shooting go for The Cohasset Snuff Film?
EP: It went without a hitch. Everything went smoothly and the interviews went very well.

JL: How was it working on The Cohasset Snuff Film?
EP: We were such a small crew we were like a family and still keep in touch to this day.

JL: What lessons did you learn while making the film?
EP: I didn't really learn any lessons per say except that a lot can be done if you are prepared before shooting and your set isn't the blind leading the blind.

JL: What advice can you give someone looking to get into the industry?
EP: Don't say no to anyone. Take on everything and everything to get your foot in the door. If you are an actor work for free until you have a worthwhile reel. Don't join a union until you are ready because if you aren't experienced enough yet it could ruin your career.

JL: Were there any scenes that didn´t make it to the final film?
EP: None

JL: Can we find The Cohasset Snuff Film anywhere?
EP: It is in theaters nationwide as we speak and will have a nationwide DVD release in 2013.

JL: So where do you see yourself heading?
EP: I want to stay in the horror genre and continue making films that push the envelope.

JL: Are there any more films in your future, is there anything currently in the works for you?
EP: I have a horror web series I'm working on right now, a narrative horror/action feature in script form, another horror action coming out in 2013 and a documentary I am starting in 2013.


I´d like to thank Edward Payson for taking the time to answering my questions.
/JL 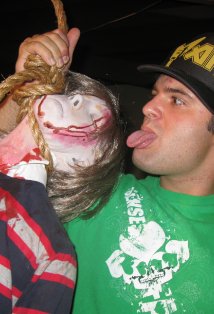